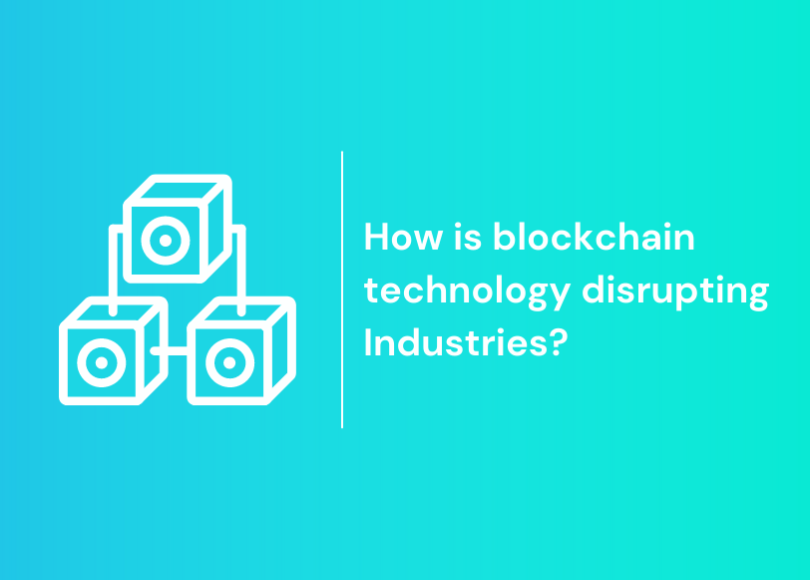 Blockchain technology, or sometimes known as distributed ledger technology (DLT) is the basis for many cryptocurrencies and non-fungible tokens. Its uses however stretch further and is disrupting many different industries.

What is blockchain technology?

Blockchain technology is a type of shared database. It works by storing data in ‘blocks’ and once the block is full the data is locked, and a new block started. Once this second block is full it is then linked to the previously filled block creating a chain and so on. The data blocks are chained together in chronology order and decentralised blockchains are immutable, meaning the data entered is irreversible and the altering of data in one block does not affect the others and any such alteration is recorded.

Often the blockchain is public and available for everyone to see, with users having private keys in order to, say for instance, access, and have the authority, to use their bitcoin. It is important to note though, the transactions are often public but their personal information is not. However, not all blockchain networks are public, nor do they have to be.

Even where data in a block is changed, it is unlikely this will go unnoticed.  Each block in the chain has its own unique hash or ‘code’, along with the unique hash of the block before it. When the information on a block is edited in any way, that block’s hash code changes but the hash code on the block after it would not. Therefore, a system would notice this change and someone could act accordingly.

What is its purpose?

Blockchain was initially used to support cryptocurrencies such as bitcoin and now supports over 10,000 other cryptocurrencies. However, it is also now a part of the digitisation of data and = serves several purposes in many industries. The most commonly employed use of this technology is as a ledger (hence DLT) because it is the basis of creating records of transactions that cannot be altered, deleted or destroyed and the chain can easily be traced chronologically. This has widespread use across businesses and industries. For instance, integrating blockchain into banking and finance can allow consumers and businesses to trace their transactions in real time, without the need to attend a physical bank. Given the sum of some transactions this would prove beneficial and secure.

Whilst, within conveyancing, the Land Registry (LR) is trialling blockchain technology to allow different parties to see a transaction’s history. By knowing where the transaction was, necessary steps could be taken quickly by the relevant parties to speed up the conveyancing process. It was also avoid the cost and time of having to re-upload countless documents as one could simply return to the block which had this data. There is also additional security as LR endorsed, Coadjute’s blockchain network is encrypted and only available for the conveyancer and the receiving party. In their trial, the LR found the average 5-month process of buying and selling property was halved.

The use of blockchain is an overall positive one. It can bring greater security, legitimacy and transparency to transactions across sectors. As such it is important to have a fundamental understanding of how it works and operates in said sectors.